How the First Trillion-Dollar Brand Conquered the World 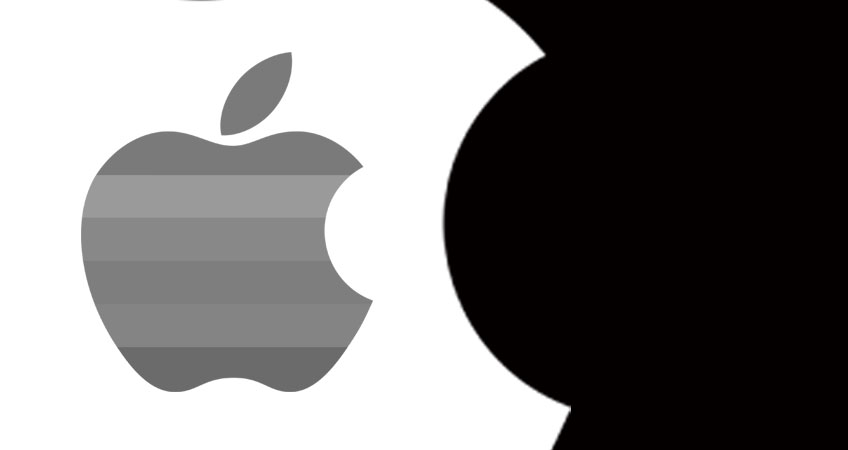 Apple is the first publicly traded company to reach a market capitalization of one trillion dollars. How did a couple of guys named Steve change the way the world interacts with technology, and the way people interact with each other? How did they create the company that went on to have a global impact from a garage in Palo-Alto, California?

A hyper-focus on design, user experience, and innovation led Apple from two guys in a garage to retail success worldwide. Steve Jobs and Steve Wozniak had the vision to take Apple to heights that no technology company had yet seen.

The Apple team, led by college dropout Steve Jobs, was a merry band of tech pirates that sailed the unpredictable seas of undiscovered possibilities in computer technology.

The company that killed the headphone jack and phased out the CD/DVD drive has always been led by forward-thinking risk-takers that recognize the value of new ideas. To borrow their phrase, the only way to be different is to think different.

In his Stanford commencement address, Jobs encouraged graduates to be curious, experiment, and take risks. Without this mindset, Apple most certainly would not be the company it is today.

It’s in the (Brand Design) Details

The Apple name can be traced back to a trip Steve Jobs took to an apple orchard/commune. A fruitarian discovering eastern mysticism at the time, it is easy to connect the dots looking back at what influenced the naming. Upon his return, Jobs proposed the name Apple Computer to co-founder Steve Wozniak. It would place them ahead of one of Jobs’ former employers, Atari, in the phone book.

Another significant factor in the naming was that Jobs thought Apple sounded “fun, spirited, and not intimidating.” A trillion-dollar brand image was being created.

The iconic Apple logo we know today was designed by Rob Janoff in 1977. The logo is as complex in its simplicity as the products it represented. The meaning of the apple to Jobs, as well as the design thinking that was baked into such a perfect and simplistic visual communication, make it one of the most memorable logos of all time. Here is why:

The logo is just one example of the thought and effort put into the design of Apple. From the company’s gift-like packaging to the modern and high-impact website design, every aspect of the branding and communications are truly remarkable.

“Simplicity is the ultimate sophistication.”

Steve Jobs found this Leonardo Da Vinci quote inspirational. Simplicity became a guiding force within the company, and it’s illustrated in the logo design, the Apple computer and iPod design, the intuitive user interface, and even the product packaging.

The underlying message was this: Make it as simple and easy as possible for the consumer to understand a complex product. That product is a solution for a problem they don’t know they have.

The desktop computers have simple, elegant designs that make them stand out in an office. The laptops are sleek, lightweight, and have a minimalist appeal. The phones are designed around the way we use them. Even the AirPod headphones eliminate the once-timeless clutter and impending tangling of headphone wires.

Apple conveys the elegance of their brand identity in every communication – including their advertising. Apple commercials are a strong reflection of their core values, and most importantly, they are memorable.

Ads for the iPhone X and Apple Watch are visually stunning, communicating the features and functionality of their innovative products. However, it is the iconic Think Different ad and Mac vs. PC commercials that the brand is best remembered for.

From the humorous to the thought-provoking, Apple has repeatedly found a way to connect with and grow their audience.

Apple products were first sold through CompUSA and Sears. They also experimented with a store-within-a-store format, similar to the current concepts in Best Buy stores. Ultimately, these environments did not cultivate the elevated brand experience they aimed to deliver.

In May of 2001, the first Apple Store opened. Less than twenty years later, hundreds of stores dot the globe, including flagship locations such as Union Square and Michigan Avenue in Chicago. In total, stores attract over one million customers per day. Why?

The stores feature stunning open layouts, floor-to-ceiling windows, and large 6k resolution screens floating on the wall. The wood tables and shelves add a natural touch, as do the indoor trees featured in newer locations.

These elements create a distinct and memorable brand experience. The heavy glass doors, the prominent Apple logo, the Genius Bar- all play a part in being the world’s top retailer in sales per square foot.

“The chance to make a memory is the essence of brand marketing.” Steve Jobs

Learning from Apple’s Success to Build Your Brand

Apple is poised to release updates to the Apple Watch, MacPro, iPhone, and Apple TV. Their line of products continues to grow, reaching new consumers and influencing every aspect of the technology industry. What should your company take away from their success?

Apple’s success comes first by delivering quality products – but also by following their own advice- think different. You can follow their blueprint to grow your business, too.

Looking to become the next trillion-dollar brand? Need a brand identity or marketing strategy? Contact us today to schedule a free consultation.

Jason McSweeney is an integrated marketing specialist and graphic designer that specializes in brand identity design and creative advertising. In his spare time he enjoys writing and reading blogs. Connect with Jason on LinkedIn.

Guide to the Brand Discovery Process